At Vestergaard, we think about more than just the end product. For more than two decades, our innovation team has focused on scientific research and partner engagements with the long-term goal of reducing the burden of vector borne disease and Neglected Tropical Diseases (NTDs).

Our key partnerships and ground-breaking tools have allowed us to support global health efforts to eradicate malaria, sleeping sickness and Guinea worm. And we continue to look for new, innovative ways to improve global health through stakeholder engagement, supply chain improvements, and research and innovation.

Malaria is among the oldest diseases with its origins dating back to the prehistoric period. While it has been eradicated and eliminated in many countries, it continues to plague many low- and middle-income countries, reducing a society’s chance to prosper and develop.

Malaria kills more than 400,000 people each year, most of them in sub-Saharan Africa. The most vulnerable age group are children under five, which accounted for 67% of all malaria deaths worldwide in 2018. Malaria in pregnancy compromises the mother’s health and puts her at greater risk of death. It also impacts the health of her fetus, which can lead to premature birth and low birth weight, both major contributors to neonatal and infant mortality. Malaria burdens fragile health systems and is estimated to cost malaria-endemic nations up to $12 billion in lost productivity every year. Malaria deaths are not decreasing at the rate they once were, primarily due to increasing insecticidal resistance. Nevertheless, the Lancet Commission on Malaria Eradication believes malaria eradication is possible within a generation with the right tools and strategies and sufficient funding.

According to the WHO, less than 1% of health R&D funding currently goes to developing tools against malaria. Of that funding, only 6% goes towards developing vector control products. Vestergaard decided to help fill this gap. In 2011, the Vestergaard-Noguchi Memorial Institute for Medical Research at the University of Ghana was created as a way to accelerate malaria elimination through R&D. The insectary has a high production capacity of more than one million mosquitoes per year, while its bioassay lab conducts testing on all types of LLIN samples and other treated materials. In 2019 we continued our efforts to develop new, innovative tools, focusing on LLINs which are urgently needed to address the growing threat of insecticide resistance, to prevent malaria and to save lives.

Vestergaard is a valued partner to the United Nations, aid agencies, governments and NGOs. We have been an active member of the RBM Partnership to End Malaria since its creation in 1998 and have taken a leadership role on issues such as innovative financing and governance. Vestergaard is also a member of the Business Alliance Against Malaria as well as a private sector advisor to the board of the Global Fund to fight AIDS, Tuberculosis and Malaria.

Since the early 2000s, we have produced more than 800 million long-lasting insecticidal nets (LLINs).

With at least 2 people sleeping under a net, we estimate that PermaNet® has protected more than 1.6 billion people.

Read more about PermaNet® in the link below.

Sleeping sickness, or trypanosomiasis, is a vector-borne disease transmitted by tsetse flies that threatens millions of people in 36 countries across sub-Saharan Africa. Rural populations that rely on agriculture, fishing and animal husbandry are the most exposed to the tsetse fly and therefore the disease. 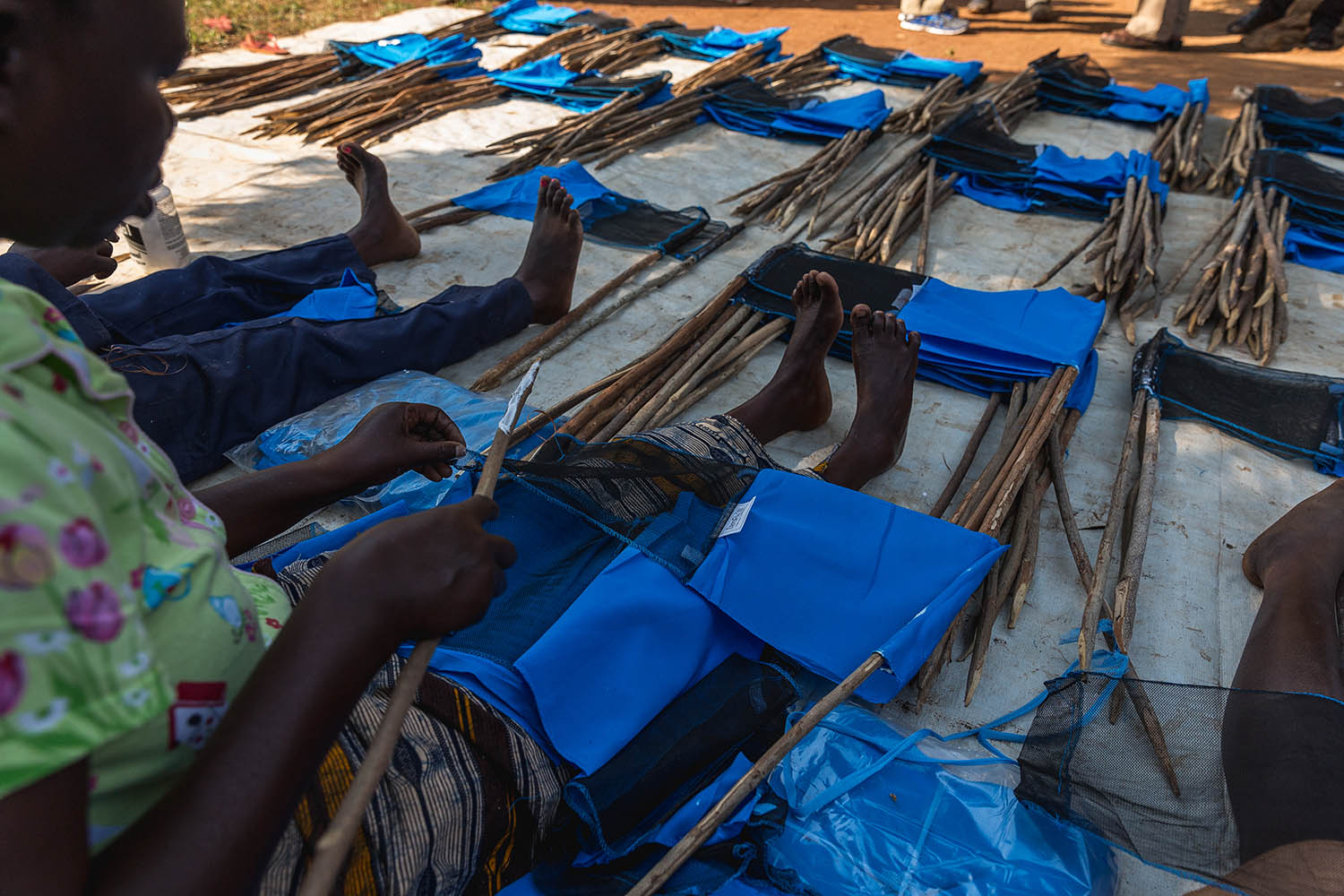 Read about the Trypa-NO! partnership in the link below.

Guinea worm disease is a parasitic infection caused by the nematode roundworm parasite Dracunculus medinensis. It is contracted when people consume water from stagnant sources contaminated with the Guinea worm larvae.

Inside a human’s intestine, Guinea worm larvae mate and female worms can grow to up to three feet long. After about a year, the worm creates a painful lesion on the skin and slowly emerges from the body. Guinea worm sufferers often seek relief from the burning sensation caused by the emerging worm by immersing their limbs in water sources. This contact with water stimulates the emerging worm to release its larvae into the water, beginning the cycle of infection all over again. Once the worm begins to emerge from a person’s body, the rest of the worm can only be pulled out a few centimetres each day by winding it around a piece of gauze or small stick. This process usually takes weeks. If the worm is not completely removed, or breaks during removal, it can cause intense inflammation, pain and swelling, and potential secondary bacterial infections and resulting complications. In addition to the intense pain, Guinea worm disease incapacitates people for extended periods of time, making them unable to care for themselves, work, grow food for their families or attend school. To this day, there is no vaccination or treatment for Guinea worm disease, yet much work has been done to prevent it though education and the provision of safe drinking water. 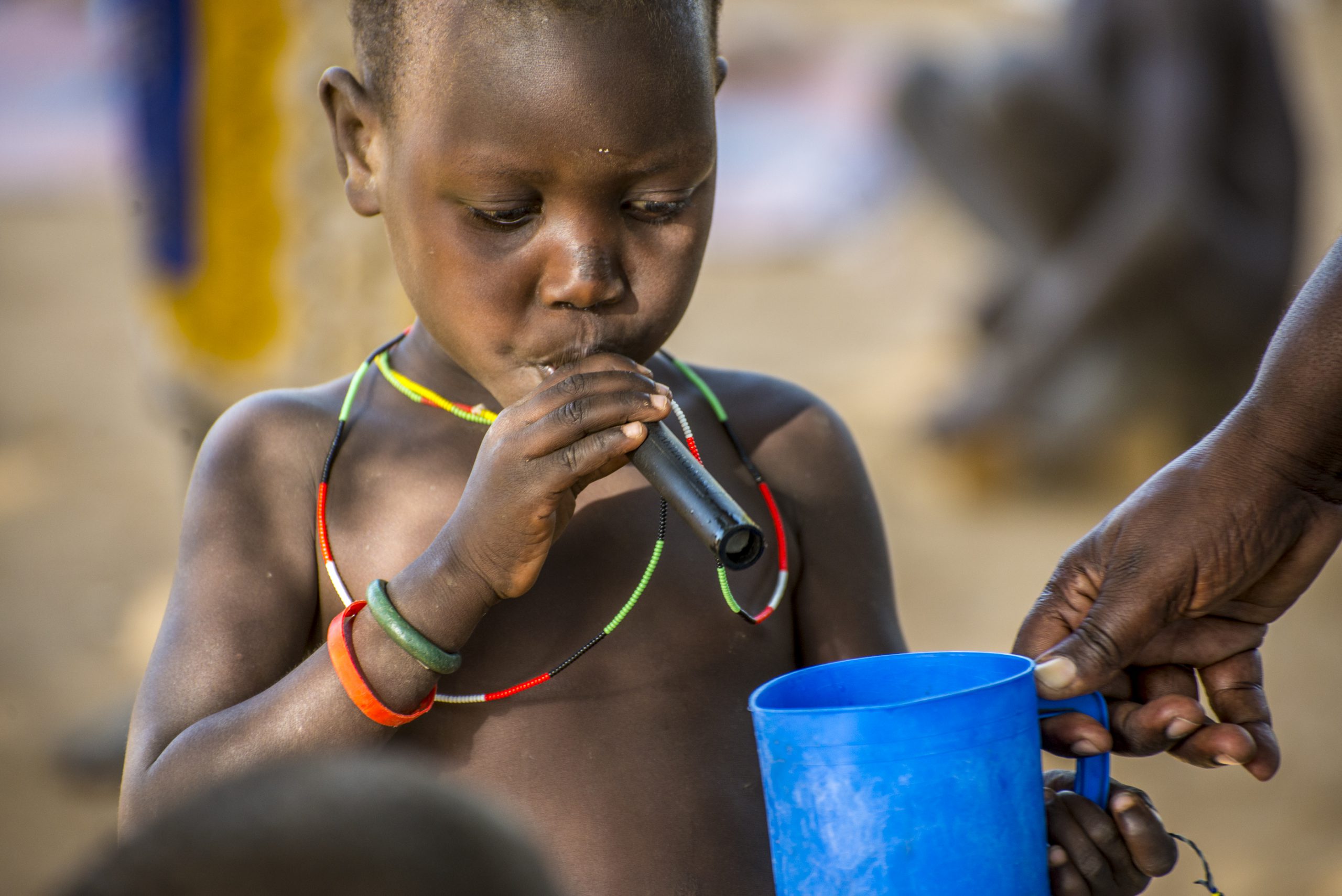 In 1986, an estimated 3.5 million people in 21 countries in Africa and Asia had Guinea worm disease.

Since 1994, over 38 million LifeStraw® have been donated to the Carter Center.

The partnership is now managed by LifeStraw®. Visit the link below for more information.